WWDC 2020_Swift Student Challenge is the only two Taiwanese award-winning student in the world, all in Feng Chia

WWDC 2020_Swift Student Challenge is the only two Taiwanese award-winning student in the world, all in Feng Chia

The annual Apple Worldwide Developers Conference (WWDC) of the United States is about to kick off in the form of a press conference at 1 am on June 23, Taiwan time.

On June 15th, it was the first to announce the winners list of the first programming language contest "Swift Student Challenge". Among the 350 winners worldwide, Liu Youxin, the senior year of the Department of Information Engineering, and the sophomore Xue Junyou, are the only two winners in Taiwan.

App works were praised, and the two students could also have exclusive jackets and pins that were only provided to student developers that year. 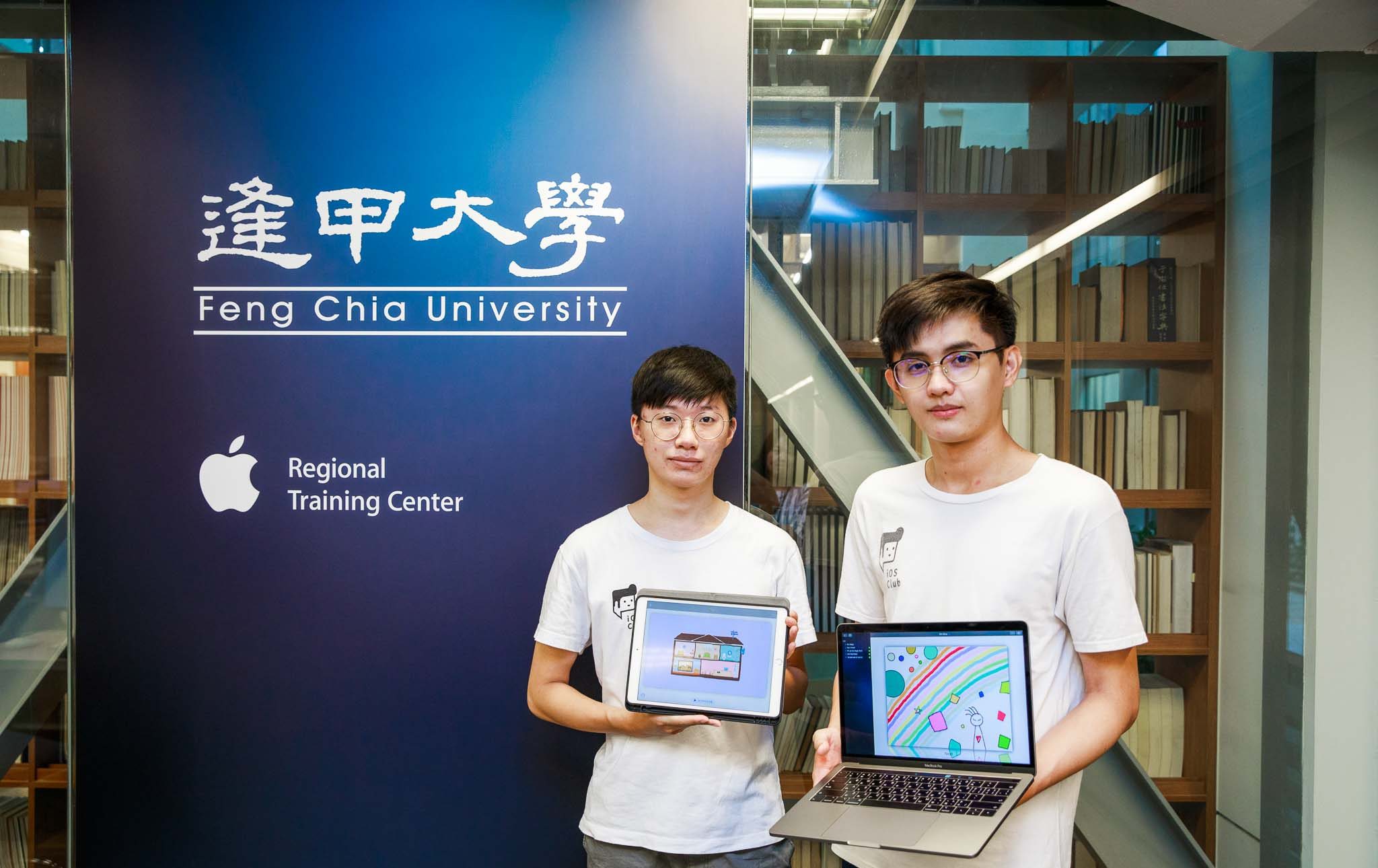 Affected by the new crown epidemic this year, WWDC was held online for the first time, allowing more than 23 million developers around the world to participate online and communicate with global developers and Apple engineers through developer forums and online videos. The "Swift Student Challenge" that Apple focused on before the start of the WWDC conference is another highlight. In previous years, the activities were mainly in the form of student scholarships and scholarships. Students from all over the world who have creative ideas in programming languages ​​can participate in WWDC without boarding and lodging. This year, students from all over the world will use "Swift Playgrounds" on iPad or Mac to design the programming language and construct a 3-minute interactive scene, which is original, allows users to be interested in operation, and can be used to develop App to solve real-life problems, as the selection criteria, finally selected 350 creative and inspiring student developers.

The two award-winning students from the Department of Information Engineering of the school happened to be the former and former presidents of Feng Chia iOS Club, which was the first Apple officially certified club in Taiwan. Liu Youxin’s award-winning work this time is "The Story of Gi". The engine is derived from a teaching experience in Taichung Weige Gao in central China. When using the "Swift Playgrounds" tutorial language, I found that the story and situational teaching is It is easier for children to learn the programming language that most people regard as difficult, so it took 2 to 3 months to design and write. "The Story of Gi" describes the 12-year-old girl Gi who wants to use cubes (representing courage, wisdom, strength, and determination) to solve the problems she encountered in her growth process. Users can use step-by-step programming language teaching with small games. Learn basic programming language design from learning. The teaching theme of the levels is "understanding function", "continuous function", "function loop", "function condition setting" in order. The matching games are like throwing blocks, filling blocks, cats catching blocks, and block attribute altars. Highly interesting.

Xue Junyou won the Student Developer Award with "Camel Playground". The concept of the work is based on environmental protection. The Playground programming language designed allows users to turn off the lights, air conditioners, and fires in the game step by step. Put the awareness of energy saving and carbon reduction into your brain. Camel was named because his friends joked that he looked like a camel, so he intuitively used it as the title of the work. The main screen of "Camel Playground" is a large house, divided into 5 different rooms, and users have to perform energy-saving tasks in different rooms in sequence. First, in the first level, turn off the desk lamp in the room, in the second level, you need to water the potted plants and turn off the air conditioner, the third level is to turn off the shower head and the water heater, and the fourth level is to turn off the refrigerator door, table lamp, and oven The fifth level is when the protagonist is ready to go out, turn off the last fans and standing lights to complete the task.

The award-winning works of the two classmates are all creative and full of positive meaning, such as Liu Youxin's "Gi's Story" designed for beginners in programming language for children, and Xue Junyou's "Camel Playground" environmental awareness. Both students are lovers of programming languages. Ms. Liu has been exposed to programming languages ​​since university and enjoys "putting virtual ideas into actual operations in programming languages" and has a great sense of accomplishment. He is about to enter the master's class, and he must continue to convert the language of human communication and dialogue into a computer that can understand it, and further require computers to do all kinds of things. Student Xue has more ideas about the award-winning environmental protection game. He wants to challenge the combination with actual home appliances, and can monitor the game screen to help save energy at home.

Next Don't come to nothing, string songs keep going, under the epidemic, the 109th graduation ceremony is precious

The third-year students from the Department of Economics formed a team to participate in the 10th (109) College Student Migration to the Country Competition of the Bureau of Soil and Water Conservation of the Council of Agriculture of the Executive Yuan. From the selection contest to the final, after competing with the teams from other schools of great powers, they were selected as the No. In the Tenth College Student Migration Countryside Competition Team Innovation Award, students stationed in Omiao Village, Yunlin County, combined the enthusiasm and sweat of young people with the profession of "economic man", and worked hand in hand with local residents to reshape this hometown of oysters.

In 2008, a total of 105 public and private colleges and colleges were awarded outstanding projects, and Feng Chia won 3, ranking first among private schools.。

The fifth phase of the completion ceremony and results presentation of the Taiwan Artificial Intelligence School Taichung Branch was held on July 11 in the Maobang Hall of Tunghai University. The team of teachers Sheng Yuting, Wu Baokuan, and Lin Weilun won the second place in the technical leadership class with a bonus of NT 20,000, and also won the best popularity award; and in the manager class AI industrialization innovation competition, the team of Liang Shiting and Liu The team of Peotui faculty members won the first and second places respectively, and was awarded a bonus of 30,000 yuan and 20,000 yuan.